Just a bit of recapping first… It was fabulous to go out to Tenerife and perform in the fabulous Magma Arena with the English Rock Ensemble and also to have my great friend Brian May join us on stage for two of his pieces...”39“ and “Last Horizon”, (beautiful pieces they are too) and then for Brian to join us on Wurm/Starship Trooper which was simply amazing not only for the audience but also for us on stage as well....and talking of the audience, in the front few rows there were at least six astronauts from around the world, three Nobel Prize Winners and the amazing Stephen Hawkins, who genuinely loves his music. 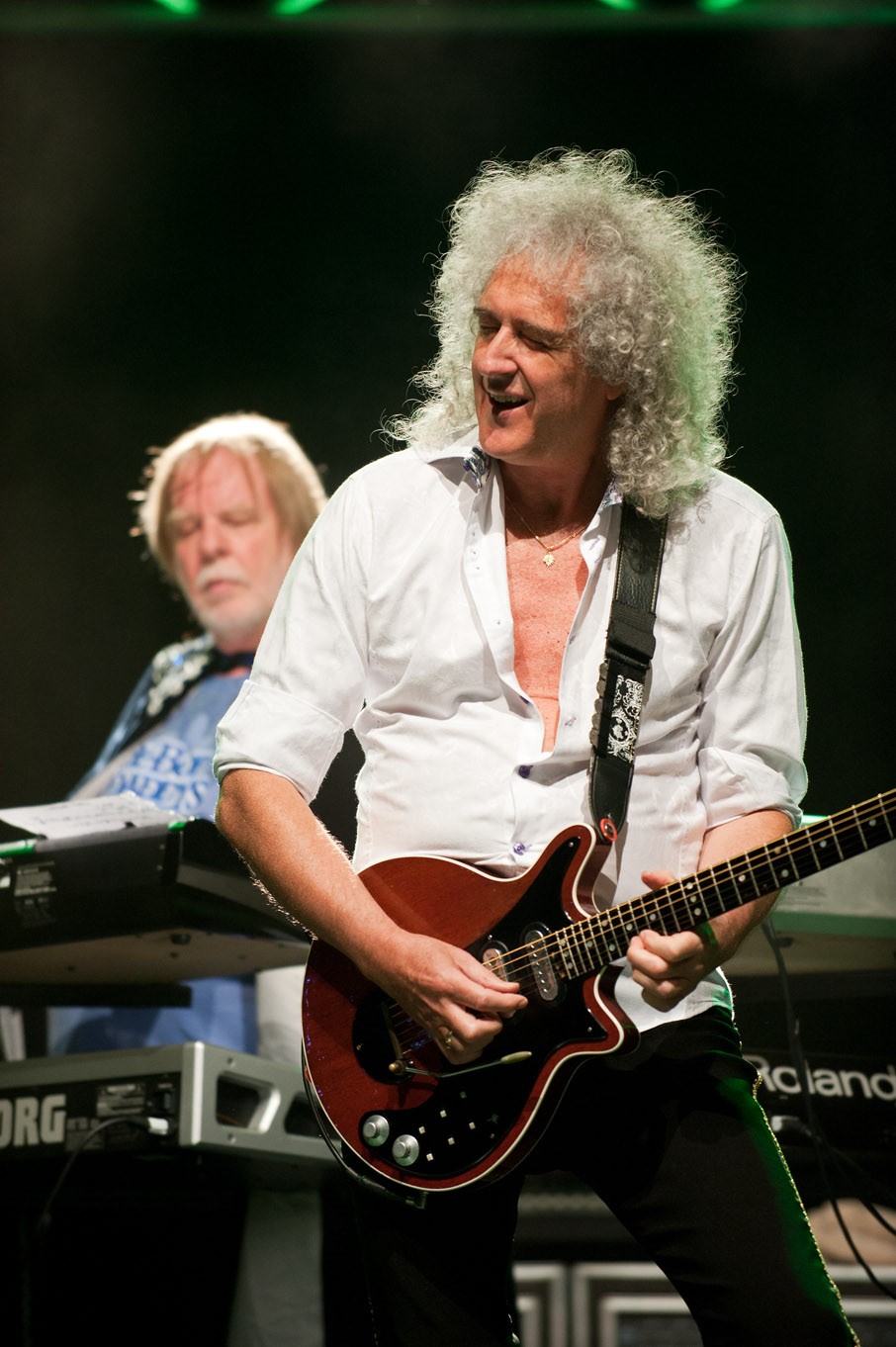 On the second day I drove up to the North of the Island and performed with the very talented Alexandros Hahalis and the amazing operatic soprano Katerina Mina.

After an amazing lecture speech by Stephen Hawkins, (I will admit to understanding hardly a word as to what black holes really are, but he did hold me spellbound I have to admit), there was a performance of superb electronic music with percussion and voice from Alexandros and Katerina and then I played a piano piece especially composed for the occasion dedicated to Alexai Leonov and Neil Armstrong.

The proceedings were ended with the original Starmus music which I had the pleasure of joining Alexandros and Katerina on stage to play.

I was then taken to meet Stephen Hawkins which was a real honour and also to receive two thumb-print signed books by him.

I was then driven to the airport to fly home and the four hour flight seemed to flash by in a few minutes as I reminisced over the events of the previous three days and what had happened.

One other thing worth mentioning too is that the Magma Arena are very keen to host Journey to the Centre of the Earth with the orchestra and choir in 2015 and I’ll be flying down there in January to hopefully put it to bed.

October is looking busy, (there’s a surprise), and I have already done the Alan Brazil breakfast show on Talk Sport (my favourite radio station it has to be said).

Our local Gardeners Question Time played to a packed house last Saturday and is so enjoyable and informative (except when I speak of course)!

On Wednesday 8th I will be filming for a documentary about the mellotron which should be interesting as I definitely will have to speak my mind, which as many of you know is that I love the sound but not the mechanics as to how it produces those sounds!!!

In the middle of the month I will be spending the day with my great friend and fellow Water Rat Roy Wood discussing many things including joint projects for the future. Should be interesting to say the least!

We also have a Water Rats meeting coming up where we bring Neil Morrissey into the Order which is fantastic. It’s been a great year for the Water Rats and the Ball on November 23rd at the Grosvenor House has sold really well. Still places available so please if you fancy an outrageous evening, check it out and come along.

Now on to South America.

There have been a few changes to the schedule and this is the current situation.

I don’t get back from South America until the 4th of November so the November GORR is likely to be posted on Guy Fawkes Night...so expect some fireworks!!!