Apologies for the late posting of the final GORR of the year but as you all know, I am halfway through the Grumpy Xmas Stocking Tour, which was going really well right up until yesterday, when some scumbags broke into our van and stole all my keyboard rig.

Whoever they are, they are not only lowlife but also really stupid, as the equipment is very bespoke and also all the serial numbers are recorded so anybody who they try and sell it to will now be receivers of stolen gear which will surface one day because of the serial numbers.

In the meantime, I really have to thank Erik Jordan and Korg Keyboards who are moving mountains to try and get some keyboards up and running for the remainder of the shows although much of the older rackmounts can never be replicated. It also has repercussions, as what has been stolen is a major part of my main touring rig which is needed for the upcoming Palladium shows. This is a very sad end to the year for me and now I can't wait for it to finish.

Starting early January it will be all systems go for rehearsals and preparation for the Palladium shows… and then it's off to America and heaven only knows what life holds for me after that.

2022 has been a year of some real highs (especially The Gallery of the Imagination and the prog rock dates with the English Rock Ensemble), and some extreme lows, of which my livelihood getting stolen comes top of the list.

Whilst on the subject of the English Rock Ensemble, I have decided to retire the name and so am in need of a new one… if anybody has any ideas, please let me know and if there's one I like it will come into being immediately after the Palladium shows.

Some sad news to report I'm afraid and that is the passing of Reg Brooks, a fantastic musician who alongside Martin Shields was the great brass section that I used throughout the No Earthly Connection period.

Reg was a very special man and much loved, and our love and sympathy go to his family with whom he has left some fantastic memories, as indeed he has with me. 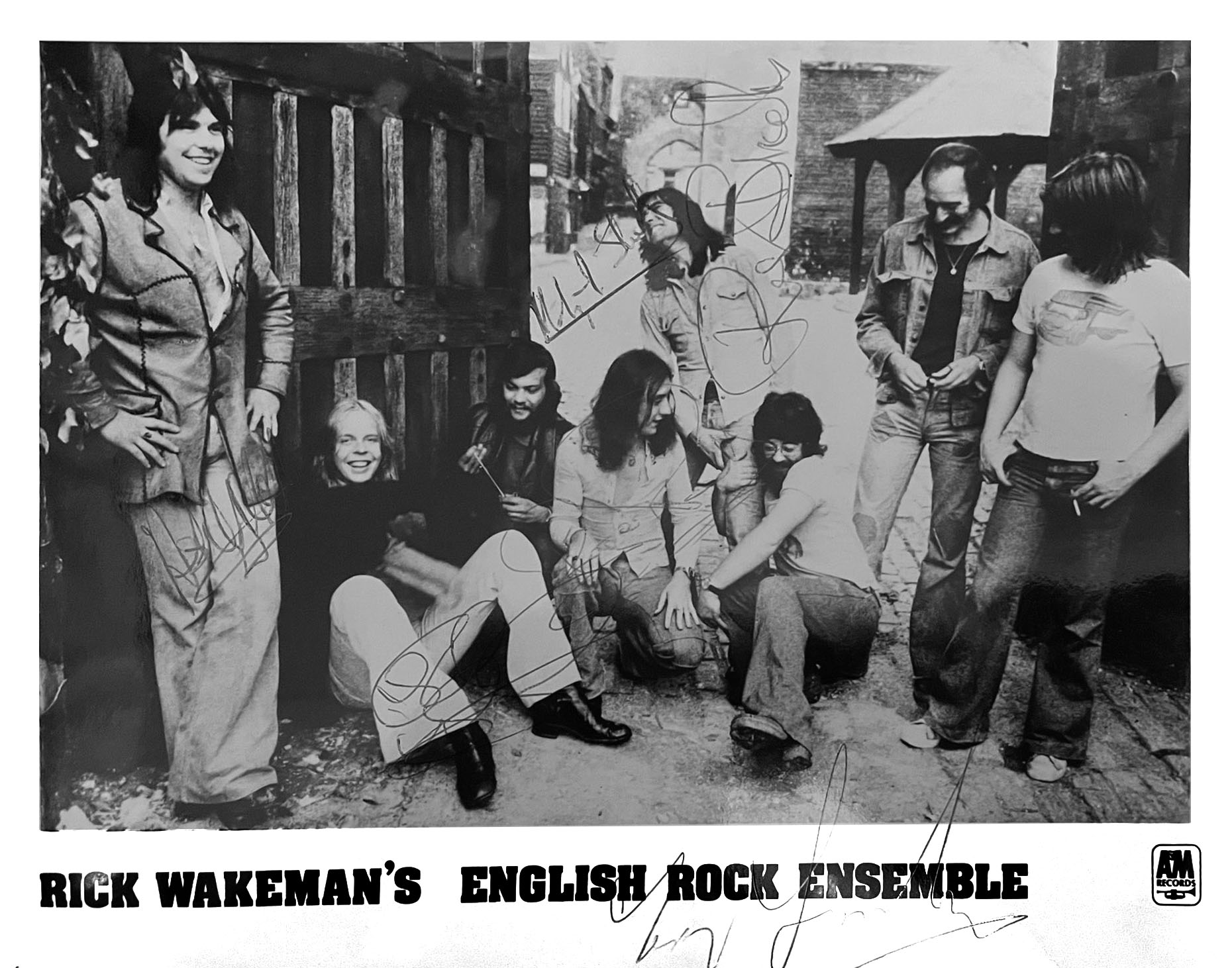 Reg Brooks (second from right) with the English Rock Ensemble

That's about it for now. I hope you all have a very happy Xmas and a healthy and prosperous New Year… All best wishes…….Rick