Quite a bit to report so I'll start by mentioning that whilst you are reading this, I will be in Armenia for the Starmus Festival alongside my great friend Brian May and other wonderful musicians, including a full orchestra.
I'll be playing the theme music with the orchestra which I wrote for Starmus some years ago as well as playing the piano on Space Oddity for Chris Hadfield, the Canadian astronaut, famed for his great version which raised a small fortune for charity. Chris is a lovely guy and this will be the third time we have played it together.
It will be my first time in Armenia and from what I have discovered, it is a very beautiful country and so I am really looking forward to spending time there. It's going to be pretty hot with temperatures in the 30s, but I suppose that's the same as the UK these days! Hopefully, I will have some photos to show on the October GORR. (I will not be wearing shorts)!!!

The album A Gallery of the Imagination is now finished and in the process of being mixed by Erik. Hayley completed all the vocals and like all the other "participants" did a fantastic job. There are 12 tracks in all, 8 vocals and 4 instrumentals, 2 of which are solo piano pieces. There's a real diversity of music on the album which was always intended and works really nicely… well it does for me anyway! Once mixed, (hopefully by the end of September), it will go off for mastering and then I am hoping it will be released in time for Christmas… so a Christmas album release that is not a Christmas album!! Another first for me!! And it will be on sale on the Christmas tour.

Much of September will also be used up in meetings… (I seem to spend half my life in meetings and am never really sure what they achieve, but it does mean that someone else makes the coffee!!!)

On Sunday the 25th, my good friend John Green is putting on a "Rick Wakeman" Sunday lunch in Sheffield… always great fun and the details are below as it's open to all… great food… and I have insisted that whatever it is, there has to be Yorkshire pudding, or else I go straight home!!! 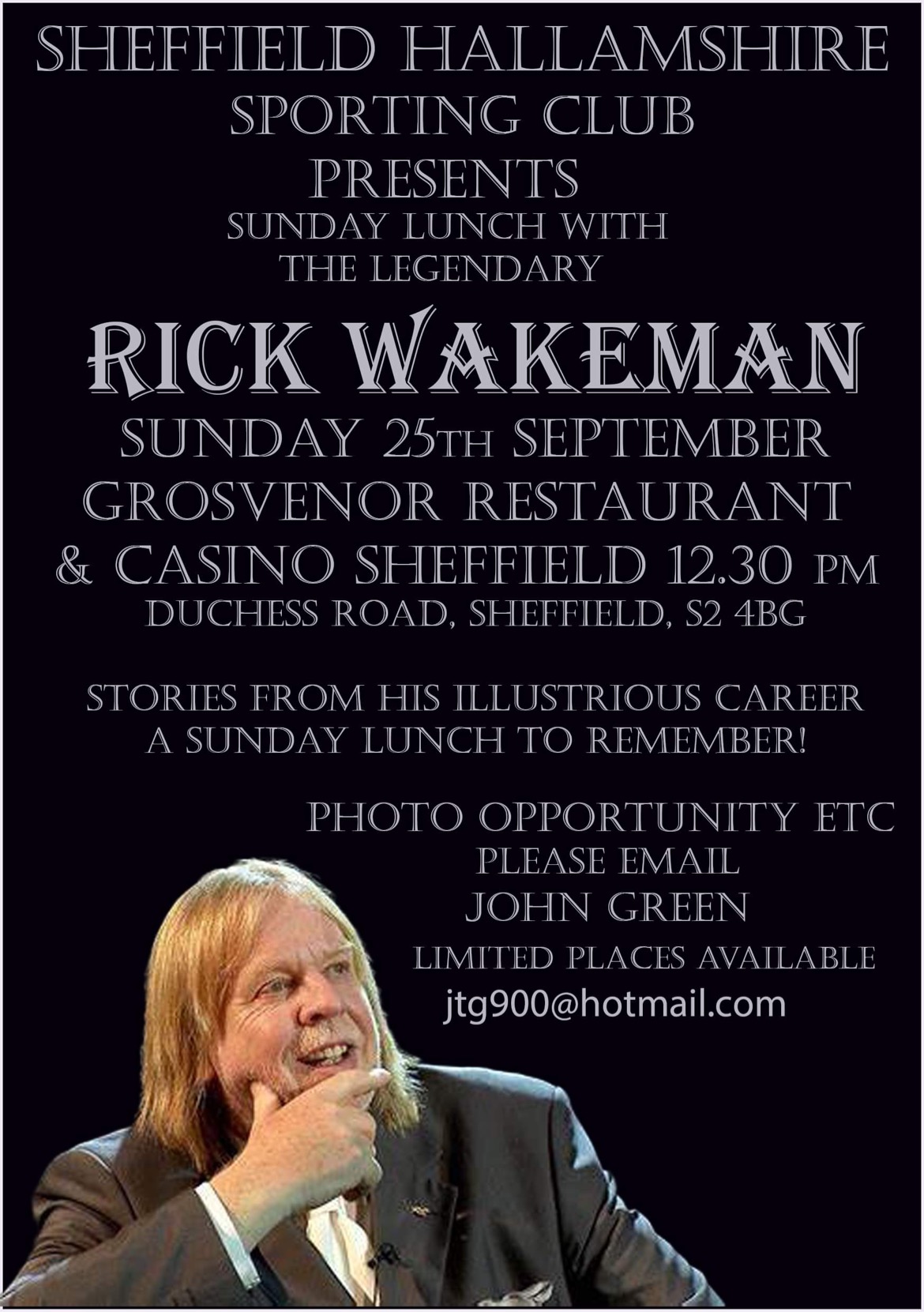 Two final bits from the end of last month…

Firstly, I was a guest at the Piano Technicians Conference at the Granary and had the honour of playing the largest piano built during the mid late 1930s. 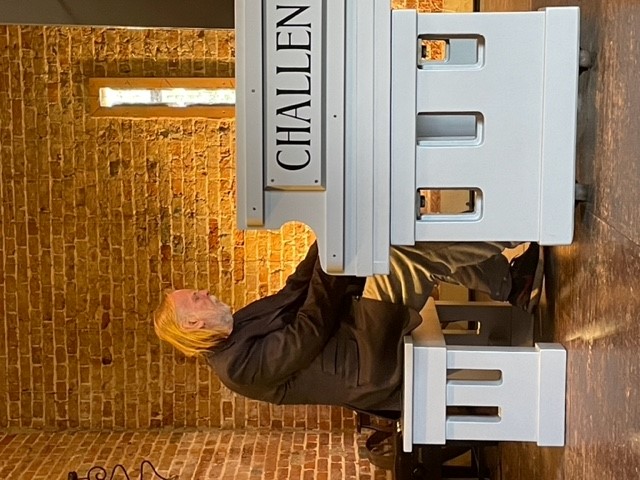 And secondly on the 29th of August, I was at the Holywell Rooms in Oxford for an "In Conversation" with Professor John Covach. A lovely and extremely knowledgeable man too… It was part of the Humanities Cultural Programme, one of the founding stones for the future Stephen A. Schwarzman Centre for the Humanities.
It was meant to last 2 hours, but I had such a good time I overran by an hour! Some people had come a long way which amazed me. There were people from Italy, France, Brazil, Poland and even China! Made my journey from Norfolk pale into insignificance. 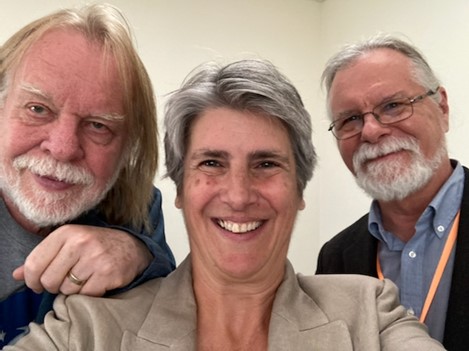 With Sarah Hill (associate Professor at St. Peter's College Oxford and Professor John Covach from the University of Rochester NY.

Well that's it for now… more next month.